I envy my friend’s profile picture.  That’s the only reason I forced my travel buddy Marx to hike the instagram-mish Mt. Pico De Loro.  When I was in college my aunt brought us somewhere in Paete, Laguna to harvest Lanzones  and  Santol so that was my only hiking experience.  So that means, climbing Mt. Pico De Loro was officially my first ever climb.

We joined a group organized by a former travel friend Jonas. Our call time at the bus terminal in Parañaque was at 4:00 AM where we took a bus headed to Ternate, Cavite.

So how do I begin explaining my officially first ever hike?

Okay, at the end of the climb my friend told me,  Pico de Loro is actually just a minor climb with only 3/9 in terms of difficulty.  My reaction to his statement, “Really?” imagine the rise in my intonation, and how a question mark became an exclamation point. So you could guess how a minor climb can still be that tedious for a beginner like me or maybe I just chose the wrong mountain to start a hiking career?

Anyway, at the beginning everyone was so excited. Yes, me included.

To be fair, during the first hour it felt like a minor climb. I just kept walking and taking some time to stop for some pictorial.

And then, it started to get tough. The ascend? It was becoming steep!

The changes from upward to a sudden descend of the trail made it more complicated.  My legs were screaming for help.

In about 3 hours, we reached the Base Camp.  Wow, breathtaking view!  Our group decided to rest  for like 30 minutes – picture taking kind of rest.

Checking our picture, Marx told me that we’re headed to that Monolith behind us.  I immediately asked, “how many hours to get there?”  He told me not to worry, it’s not that far. Next question was, “How do we get there?”, he told me “Basta!” (That can be translated as “You’ll see!”)

After about 10 selfies, we started walking our way to the Summit.  And by the way, the tough trail we had earlier was the easiest of all!

Getting to that Summit was not a joke especially for a first timer like me.  The path just got harder and harder.  Some part may require slight crawling, and at times you may need to pull yourself up by grasping at anything you can hold on to.

At last,  at the Summit! What a stunning view

You may need to slide to descend from that summit, so we took one more selfie before getting our shorts dirty.

The challenge didn’t end there because the Monolith or the Parrot’s Beak is really the main point of climbing Pico de Loro. And saving the best for last, to get there was the hardest for me! The steepest climb and the narrowest of all trails.

We waited patiently for like an hour to get to the top of the Monolith because it has to be by batch due to limited space. 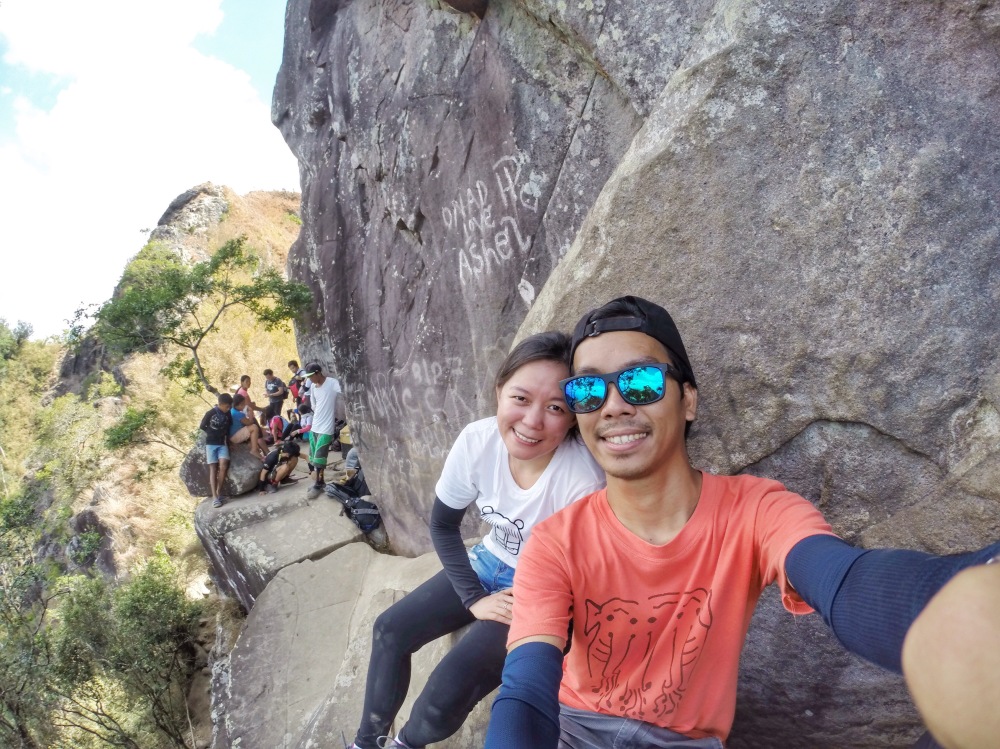 Time to pull myself up from that rope.  I felt like I was overweight, I found myself heavy.

It was scary or maybe because I kept on checking how high we were.  My eyes were magnetized in checking the height – not really sure why I kept doing it.

But with pride, I can say – I made it to the Peak! Yes, they did too. Mt. Pico de Loro – Accomplished! 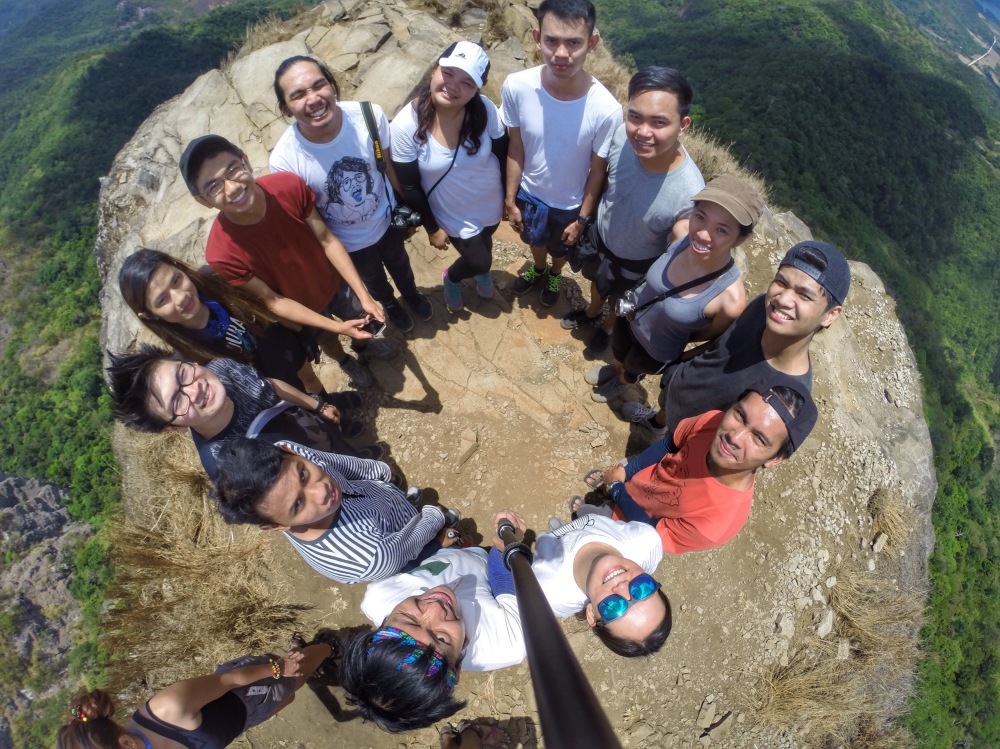 But of course,  we need to head back where we started.  Another challenge you will meet “the Descent” part of the climb. 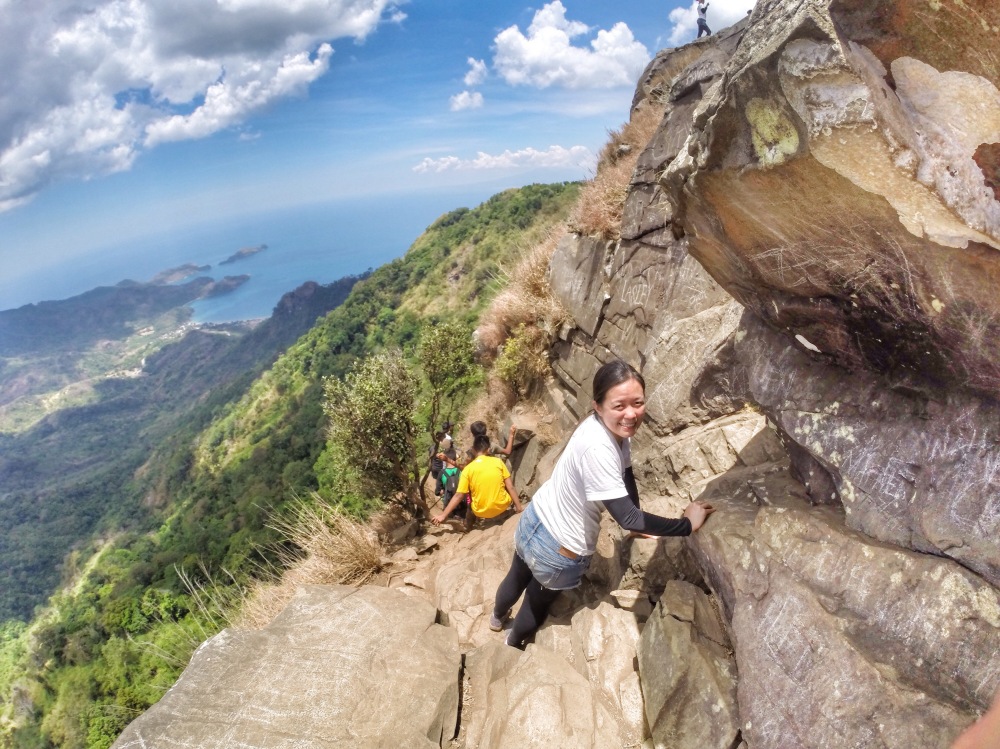 But overall, it was worth it.  Maybe not really advisable for first time hikers but if we made it, then you can too. Just don’t underestimate the body ache you’re going to have the next day, it’s going to be real.

This site uses Akismet to reduce spam. Learn how your comment data is processed.